Coral reefs provide important services to many communities around the world – they foster biological diversity, support a booming tourism industry and cultivate vital fisheries. But a recent study found that coral reefs may also be helping dolphin communities take care of their skin! Researchers observed the Indo-Pacific bottlenose dolphin (Tursiops aduncus) in the Northern Red Sea preferentially rubbing against certain invertebrates on coral reefs. While it is unclear what the intention behind this rubbing behavior is, Morlock et al. (2022) hypothesized that Indo-Pacific dolphins were selectively rubbing against certain invertebrates as a means for targeted self-medication. These invertebrates contain active metabolites that may be sought out by the dolphins for targeted self-medication.

On the other hand, the dolphins typically rubbed only one isolated body part into the leather coral and sponges, as they are harder and more compact (Figure 3). The dolphins were also seen queuing up behind one another to take turns rubbing on these invertebrates! 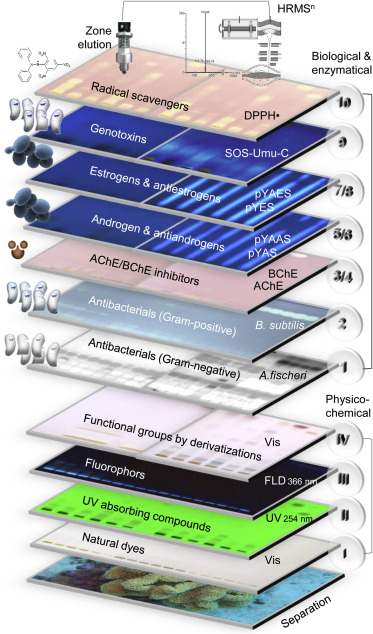 Overall, HPTLC detected 17 bioactive metabolite compounds across the three marine invertebrates selectively accessed by the dolphins. These included antibacterial (acting against Gram-positive and Gram-negative bacteria), antioxidative, acetyl-/butyrylcholinesterase inhibiting, estrogenic, antiestrogenic, antiandrogenic, and genotoxic compounds, indicating these compounds may have self-medication properties that the dolphins are actively exploiting. Furthermore, some of the compounds found could not be readily identified based on the existing literature, so future work is needed to fully understand the breadth of substances that these dolphins are being exposed to by rubbing on these invertebrates.

This innovative study integrates behavioral biology and biochemistry to suggest that dolphins rub on specific marine invertebrates on coral reefs that contain bioactive metabolites for skin self-medication. The relationship between the selective rubbing behavior of the Indo-Pacific bottlenose dolphin and the presence of bioactive substances provides evidence for self-medication. Given the fascinating results of this study, more research is needed on vertebrate-invertebrate interactions on coral reefs and how climate change may impact these important relationships.