The Great Barrier Reef(GBR) is one of the most iconic marine landmarks of the world. Not only is it a hot tourist destination on many travelers’ bucket lists, but it is also a symbol of biodiversity, natural beauty, and wonder. However in recent years, this monumental system of marine life took a turn for the worse, facing several bleaching events as a result of climate change. To be more specific, this has to do with the rapid change in temperature and pH that has occurred globally. As it does with other creatures, pH and temperature heavily affect crucial physiological processes in coral, leading to metabolic stress, bleaching, and eventually death.

Bleaching is what comes up in the news so often because it is used to describe the process of a coral expelling its symbiotic algae. This is why bleached corals look white. Importantly, a coral isn’t immediately dead once it has expelled the algae. It just puts the coral in a vulnerable position that will likely lead to death. After all, the coral is used to the algae producing energy by way of photosynthesis, and when that source of food is gone, it comes as quite a shock.

On a vast scale, this has been happening to the GBR for several years, which poses a threat to the future of the reef as a whole. It becomes clear why this is an issue when you consider the size of this natural wonder, which stretches over 2,300 km off Australia’s coast and is made up of more than 3000 individual reefs. To give you a comparison, 2,300 km is equivalent to the length of about 7,550 cruise ships (all about 1000 ft. long) all lined up. Imagine a system of reefs that big and you get the GBR. Not surprisingly, this is one of the most diverse ecosystems of the world and is home to over 400 types of coral, about 1500 species of fish, including some endangered species. On top of all that, the reef provides immense value to us humans in the form of coastal protection from big waves and storms as well as through carbon capture.

So now that we’re all on the same page about the importance of preserving the GBR, what is the problem? In essence, it boils down to responsibility. Should Australia’s government be blamed for not putting enough effort in? Should the countries with the highest carbon emissions be pushed to bring their emissions down? Is the responsibility down to every single individual who contributes to systems that regularly pollute the sea, air, and land, thus perpetuating the broken systems of environmental abuse that must end?

To answer this question, let’s start by considering the Australian government, a contentious player in the race to save the GBR from complete degradation. Recently, they pledged A$1 billion “for conservation and science”, which is to be spent over the next nine years on the 2,300 km reef. This is in addition to previous pledges that have been made toward the reef in previous years that you can read about here, such as a A$500 million rescue package following the 2016 & 2017 bleaching events which included efforts to kill Crown of Thorns starfish which were overtaking the reefs, and pay farmers to reduce agricultural runoff. The goal of this pledge in particular though is to improve water quality, although that aim has been criticized by various sources, including the Australian Conservation Foundation, which has commented that improving water quality is important, “but without climate action the reef is doomed”.

This is then further complicated by Australia’s refusal to give up coal. An article on the BBC published in October of 2021 even called the nation a “stark outlier” in a “world racing to reduce pollution”.This conflict has been driven by an Asian demand for coal from industrializing economies. In fact, China and India alone account for 64% of global consumption, with demand increasing in Vietnam and Indonesia. In response to the uptick in demand, Australia has provided extra support to coal, approving new mines, offering tax subsidies to fossil fuel companies, and making ‘clean coal’ investments. Notably though, analysts believe there isn’t a long-term market. 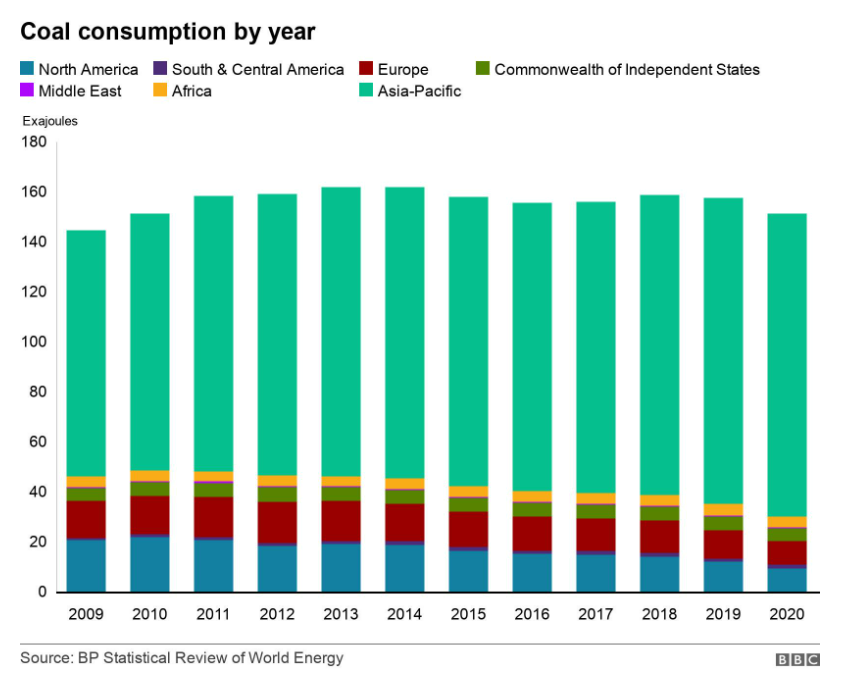 With all this in mind, who is truly responsible for protecting the GBR? Global warming has already led to the reef losing half its coral since 1995 and experts estimate that it would take 10-15 years to recover. This means steps must be taken now to preserve this majestic hub of biodiversity, whether it be the Australian government, the UN, or in a smaller way, you and me. At the end of the day, perhaps the responsibility to create change really belongs to everyone.

Readfearn, G. (2022). Australia is spending billions on the Great Barrier Reef. Will it do any good? [online] the Guardian. Available at: https://www.theguardian.com/environment/2022/feb/13/australia-is-spending-billions-on-the-great-barrier-reef-will-it-do-any-good.